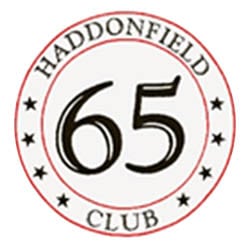 Purpose: To broaden acquaintanceship among retired men and also renew some old ones. To plan and to take part in such civic, social, and other activities that give the members a sense of well-being.

Concept: The idea of the club for retired Haddonfield men was conceived by Wallace J. Ross. He obtained the interest of the Borough Commissioners who encouraged the formation of the Club by passing a resolution on January 18, 1955 that permitted the Club to use the Borough’s polling place at 110 Rhoads Avenue. The Haddonfield 65 Club was incorporated on March 11, 1955. There were 38 charter members.

Back to Community Listings