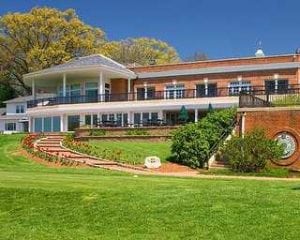 The Annual Town Dinner has been an HCA tradition since the founding of the organization in 1911. Since 1937, the HCA has honored, on behalf of the community, one citizen who displays uncommon leadership with the intention of recognizing those who have unselfishly inspired others and encouraged broader participation in the activities of the Haddonfield community. Beginning in 1975, this high honor was recognized with the Alfred E. Driscoll Community Service Award, named after the distinguished New Jersey governor from Haddonfield. Over the years, such notable examples have been: The Haddonfield Friends School, The Indian King Tavern, and the Haddon Fire Company No. 1. In the early years, it was held at Artisan’s Hall (now the Haddonfield Fortnightly) and, since the early 1960s, at Tavistock Country Club.

Open to all town residents, the Dinner is the Annual Meeting and election of officers for the HCA. As part of the dinner program, there is a brief business meeting with reports by the Officers, the Nominating Committee and then the election of the new Officers along with the proposed BOG members.

The annual dinner is also the time for the Board of Governors to announce and recognize three HMHS seniors with HCA scholarships for the Bradshaw Literary Award,  the Quanci Visual Arts Award and the Kaufmann Performing Arts Award, recognizes a student’s participation in the performing arts.

Please join us in celebrating the accomplishments of these wonderful Haddonfield citizens by coming to our upcoming Annual Town Dinner when announced!

The Haddonfield Civic Association presents the Alfred E. Driscoll Community Service Award honoring the late Governor Driscoll, a distinguished citizen of Haddonfield and the State of New Jersey.  The award was renamed in 1975 to recognize uncommon effort on behalf of the community with the intention that those who receive it will inspire others, and that it will encourage broader participation in the activities in the Haddonfield community.

The Civic Association established an essay competition open to high school senior boys during the HCA presidency of Robert Bradshaw (1920-1925). Mr. Bradshaw had a strong interest in the youth of the community and introduced the competition to encourage participation of young people in civic affairs. In 1931, the Civic Association paid tribute to its late past president by renaming the competition the Robert Bradshaw Memorial Essay Contest. Submissions to the contest were expanded in 2010 to allow for student recognition in both the visual and performing arts.

Today, we ask all HMHS seniors to give thoughtful consideration to a civic-related writing prompt developed by the HCA Education Committee with assistance from both the English and Social Studies departments at HMHS. Submissions are evaluated by members of the HCA Board of Governors and the winner is asked to present their essay at the HCA annual Town Dinner.  The winning student is also presented with a $500 award scholarship on Senior Awards Night.

This annual award commemorates Harry Kaufmann, a former member of the Haddonfield Civic Association, long-time Haddonfield resident, and enthusiastic amateur in the performing arts world. As an employee of the Philadelphia Inter-State Dairy Council, he illustrated children’s books and sang and played his way through an educational radio program. He wrote, composed, and directed a musical commemorating his beloved hometown, for which he won a Freedom Foundation Award. His enthusiasm for Haddonfield and his many good deeds were more often behind the scenes and with no accolades. He performed quite often at center stage and enjoyed making things happen to better his fellow citizens.

Someone once said about Mr. Kaufmann, “…whenever he touched your life, you felt better for it.” In this spirit, the Kaufmann Award is presented annually to a young individual for an unselfish contribution on or off the performing arts stage.

The Harry Kaufmann Award seeks to recognize one HMHS senior who exemplifies Kaufmann’s twin passions of civic engagement and participation in the performing arts. The award is open to a graduating HMHS senior nominated by his/her performing arts (orchestra, band, theater, dance, and choral music) teacher. The nominee should be an active and valued participant, whether on the stage or behind the scenes, and demonstrate a commitment to the broader community. The student doesn’t need to look toward a career in the performing arts, or even a college major in the field. Nor is it expected that the candidate is someone viewed as the “star of the show.” Previous award winners were highly involved, active, creative, “behind-the-scenes” students. Any show’s success depends on those who work with dedication and creativity in a variety of ways.

The Kaufmann Award recipient is recognized at the HCA annual Town Dinner and presented with a $500 award scholarship at Senior Awards Night.

In 2014, the HCA Board of Governors voted to recognize students in the HMHS visual arts department by including art submissions for the Bradshaw Scholarship Award (renamed from the Bradshaw Essay Award to include both written essays and artwork). The Bradshaw award was split between an essay winner and an art winner until 2017, when the HCA board established a dedicated visual arts scholarship award: the Quanci Visual Arts Award. This award is named for Lisa Brandinelli Quanci, longtime HCA member, HCA Education Chair and artist in her own right.

The Quanci Visual Arts Award is granted to a student who uses artistic expression to thoughtfully and creatively respond to the same writing prompt used for the Bradshaw Literary Award. The student must also include a written description of their thoughts about the piece and how it relates to the prompt.

Submissions are evaluated by members of the HCA Board of Governors. The winning student is recognized at the HCA annual Town Dinner and asked to display their artwork for attendees to enjoy. They are presented with a $500 scholarship award on Senior Awards Night.